We welcomed back our BFF Costa to the Warndu farm for the weekend. It was such a joy to have him meet Mallee for the first time (oh and of course the garden advice ha ha ha). His passion and enthusiasm for all things is contagious and gave us a little pep in our step too.

We were so lucky to also have him come and help us start our Bush Botanical garden at Mallee’s Day Care Centre, The Gums. The little ones met Costa the Garden Gnome and mums and dads got a few selfies too!

The below article was originally featured on ABC News. 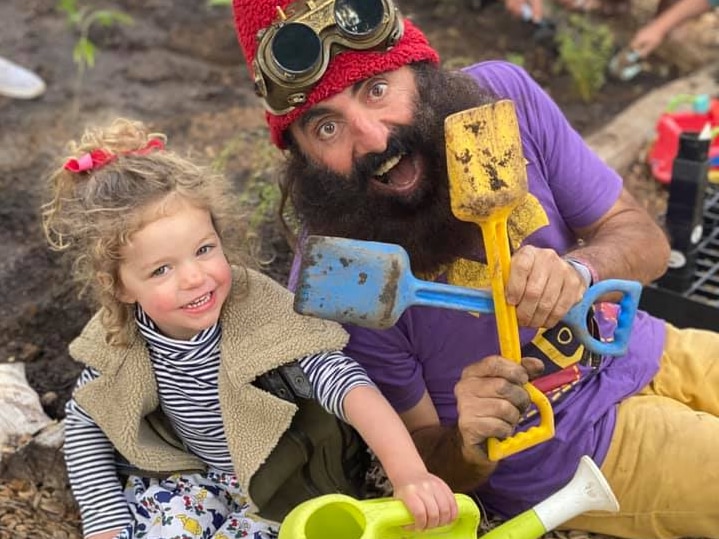 Costa Georgiadis says he tries to include First Nations ideas on his show. (Supplied: The Gums Childcare Centre)

A childcare centre at Clare in South Australia's mid-north has planted a native food garden to help local kids connect with the Indigenous land they live on.
Rebecca Sullivan and Costa Georgiadis, from the ABC's Gardening Australia program, visited The Gums Childcare Centre this week to set up the bush tucker garden. 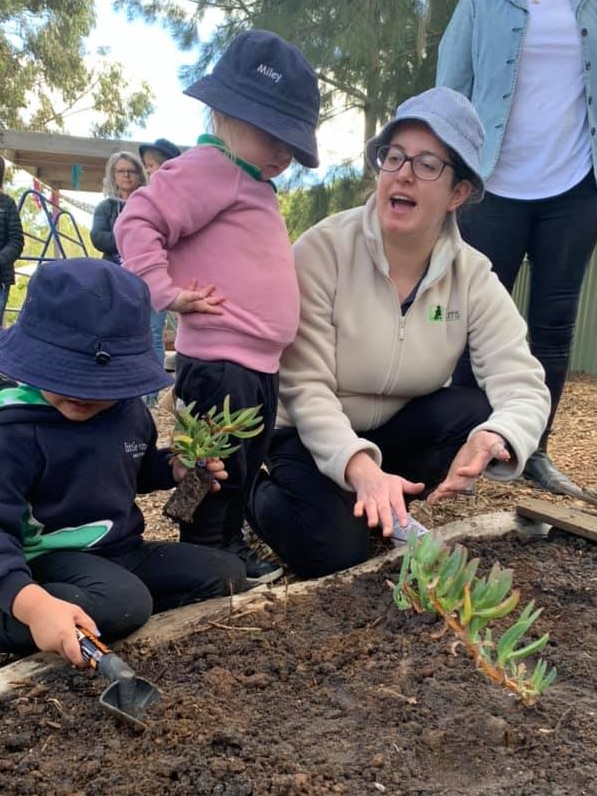 Georgiadis said children were not afraid to get their hands dirty, and through gardening, kids could build their relationship with country. "I think childcare is really leading the way because they're preparing the children," he said.

"They're exposing them to these ideas so … they come to primary school knowing why it's important to compost."

Sullivan and Georgiadis chose highly sensory plants for the garden so the children could smell, pluck and taste them, as well as cook with them in the childcare centre's kitchen. The plants included three types of bush mint, native lemongrass, saltbush, karkalla or pigface, Warrigal greens and berries. Growing native plants in an educational setting provided an opportunity to share culture and local yarns about the wild flora, Georgiadis said. He said the stories about growing certain plants went beyond eating them, and extended to knowledge about their medicinal qualities and their natural habitats.

"That way it's not this separated thing of, 'Well, that's just the bush tucker garden'. No, these are the native plants, and this is the local ecosystem."

Together with her partner, Adnyamathanha man Damien Coulthard, Sullivan — a guest presenter on Gardening Australia — founded Warndu, a local produce shop in Clare. Warndu, the native Adnyamathanha word for 'good', sells native herbs, spices and cookbooks to encourage more people to learn and use local food. Sullivan saw a generational gap in how people connected with country. "I find that my generation, in particular, are quite embarrassed by what we missed out on, not learning anything at school," she said.

"There seems to be a big elephant in the room of embarrassment, whereby none of us ask any questions because we're so embarrassed that we don't know anything."

Sullivan worked in the local food industry for 10 years, but only realised how little she knew when she met Mr Coulthard. "I knew nothing about local food because I'd never tried kangaroo and didn't know what wattleseed was," she said. 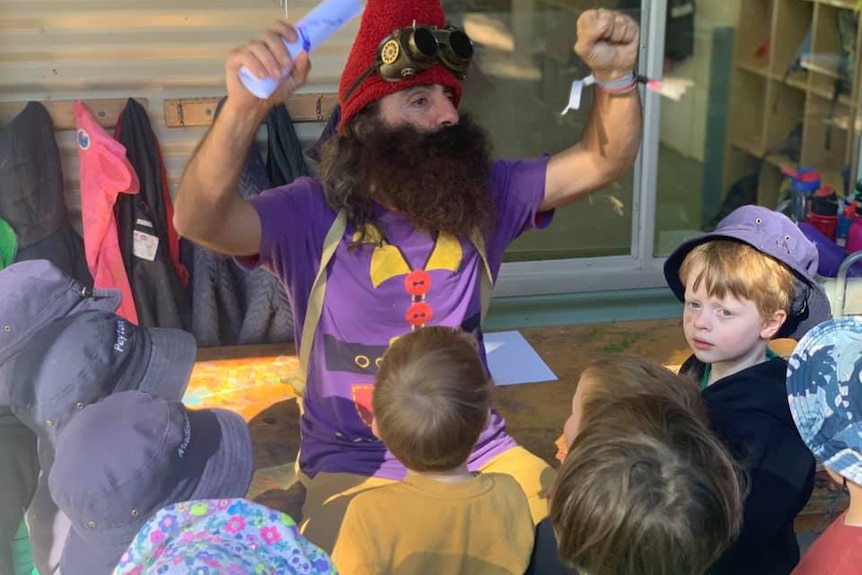 "They are our truly local foods, and if we want to bang on about a local food system then we need to include foods from our own back garden — the things that have been here for tens of thousands of years. And young kids just get that."

Sullivan has been planning this bush tucker garden with her Indigenous son, who also attends the childcare centre. "I know three, four, five-year-old kids that can sing songs in (the) local language of the schools they go to, because they're learning about it in school.  "They just get it, and they're the ones who are probably going to teach us."

Georgiadis, who has a national platform as the host of Gardening Australia, said it was  important to regularly include First Nations ideas of horticulture and cooking on the show.  He said fellow presenter and Bundjalung man, Clarence Slockee, had done a lot to share Indigenous stories on the program. 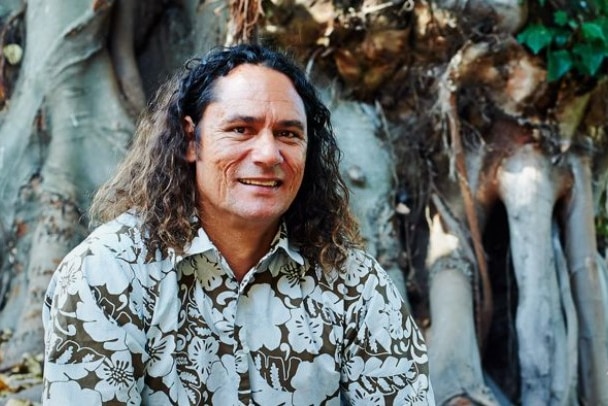 "Because he's there week in and week out, these stories get exposure on a habitual basis," Georgiadis said. He said, for example, that if Slockee spoke about a flower on the program, that could inspire others to share and pass that knowledge on in the community. "So you start to tell the cultural yarns that are science. They're actually real-time science that has been practised for thousands of years and we can do it through gardening in this really subtle way."

"This is beyond a bridge. This is the highway forward."